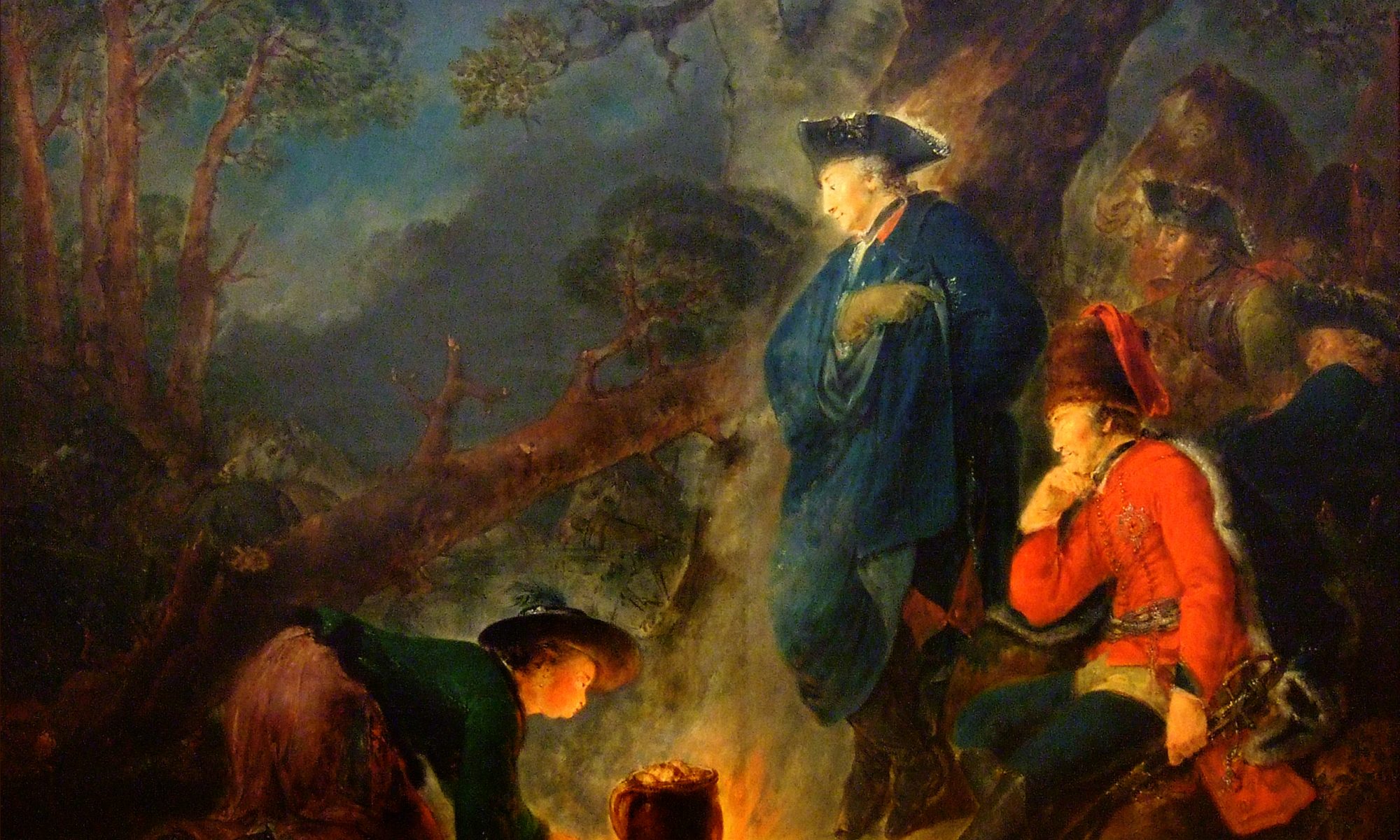 Once upon a time, I began work on Frederick the Great. I wasn’t quite sure where it would lead me, but Frederick has always fascinated me. Christopher Clark has previously noted that the first three kings in/of Prussia — Frederick I, Frederick William I, and Frederick II (the Great) — offer us a curious historical puzzle: if we look at their reigns as parts of an overarching political programme, then they were astonishingly coherent, but personally they despised and rejected one another’s positions. The Hohenzollerns (certainly at the beginning of Prussia’s ascendency to kingdom) were dysfunctionally functional, in other words.

Of all of them, Frederick II has been a puzzle, owing largely to the fact that he was a clear deviation from the pattern initiated by his father. He was sensitive, poetic, musical, and not at all miserly. If we take Frederick William as the exemplar of Prussian masculinity, then Frederick would appear to have been the antithesis — and, in an era when masculinity was perceived to be the highest virtue, this would appear to be a black mark against Frederick’s name. Yet not all is as it seems, and historians and public commentators alike have consistently read their own contextual anxieties of gender relations into the past. The result is that we tend to misrepresent Frederick as being somehow “unmasculine”, which then begs any number of questions.

So I started work on that a while ago. I presented my work at conferences and it was always received well. Finding a place to publish it, however, took longer. But today I can happily declare that I have the honour to have contributed to the relaunch of the Australian National University Historical Journal. The first issue of the relaunched journal is available free to read online. So, please: go and read about Frederick. And stay for the other outstanding scholarship offered by my friends and colleagues.